If sofas could talk…

If our couch knew what it was in for when we bought in 1990-something it probably wouldn’t have signed up for the gig. Now that it’s the grand auld master of our living room, we are in a different place and – with the mellowing effect of time and the retrospective wisdom denied the youth – I imagine it would wear a broad, kindly smile and knowing nod.

It was there when the children were born. I have a sneaking suspicion it might well have been witness/a supporting, er, member in conception of child #2. Grandparents first cuddled new Grandchildren on it. Babies were fed on it, babies were burped on it, nappies were changed, the little darlings nodded off on knackered parents. Aunties, Uncles, Cousins and friends: all have lolled upon it. Stories have been read aloud on it whilst tiny people have sat enraptured.

The amount of shouting-at-the-telly from this sofa is probably in a league that is premiership. At the rugby, that is, very little football: it’s a classier chair than that. How many films? What trashy TV? How many takeaways, cups of tea, bottles of beer, glasses of wine? 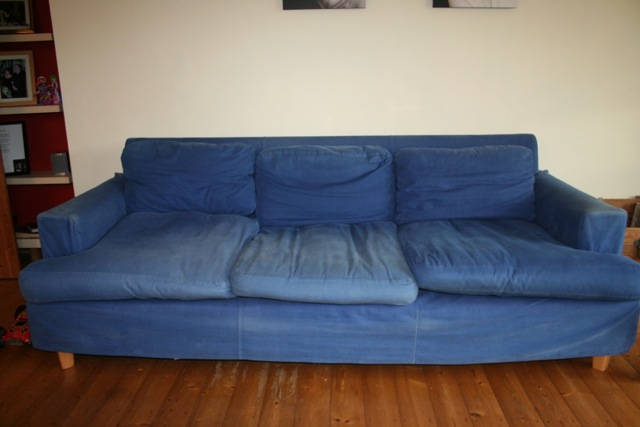 Twin Towers were felled while it sat there. It’s been quietly present to all the news that has flashed across the haunted fish tank opposite. It’s patiently waited uncomplaining and alone in the dark whilst we’ve been off gallivanting. It’s been shifted into four removal vans. It’s been shifted hither and thither on female whim.

The parties it had to endure?! Unceremoniously shoved back against the wall whilst “grown ups” danced pickled nights away. In recent years it’s been smaller humans who have par-tayed: passing parcels, playing musical bumps in its presence. Indeed, it’s been called into action as a base for many an inventive den, festooned with blankets, boxes and such. Small boys have charged through the length of the house to dive headlong onto it.

It’s been a bed. For overnight visitors, for the passed out and the turfed out. Laughter, tears, snores, shouts, coughs, wheezes and purrs. Let’s not forget the much feline snoozing and cwtching on laps whilst Granny Pat has endured whatever kids movies were blared from the telly.

And then there are the things that happened in its presence that we don’t know about. Surely there have been activities unmentioned above purely because they are unknown to this author.

And now? Now it is being usurped by a new pretender which will be arriving before Christmas. We are not kings of real estate so it’s gotta go. Bye-bye-sofa.

I hope it goes to a good home, where good people will endow it with more rich inconsequential human minutiae.

The cat will be most put out.

The new couch? Folks, there is not enough space on the internet to tell the twisty, turny, tribulation-magnet tale of the purchase of the new one. Space and time would implode. That – as they say – is a whole other story.

I lost count of the number of hours I spent at LHR T1 around the turn of the century. My role with Dell at the time was, after all, “International Man of Mystery.” Or sumfink like that. Anyhoo, I was back and forth to Dublin, Limerick like a back-and-forthy thing carried in the nicest seats that Aer Fungus and/or British Midlife Crisis could offer. (Back then, even iccle flights had business class.)

So in the different world that is middle age, a trip to Heathrow was to meet a client (again) and I arrived suitably early to nip into Terminal 1 in search of a cuppa and breakfast. It was at this point that things got surreal.

You see, I was, er, alone. Here are my snaps from breakfast time this morning: 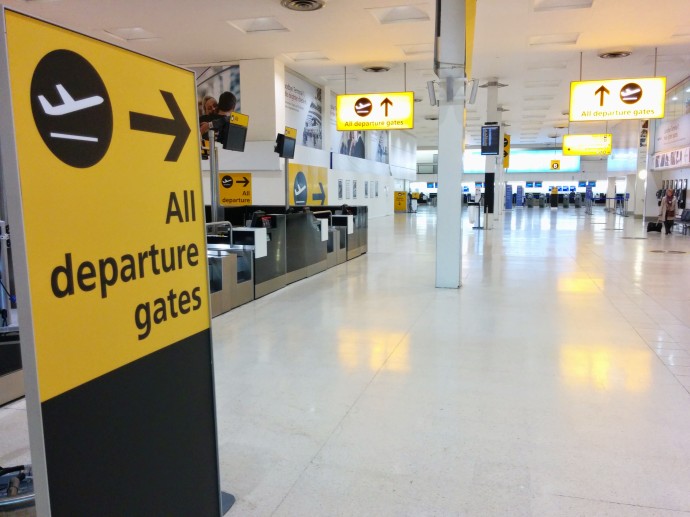 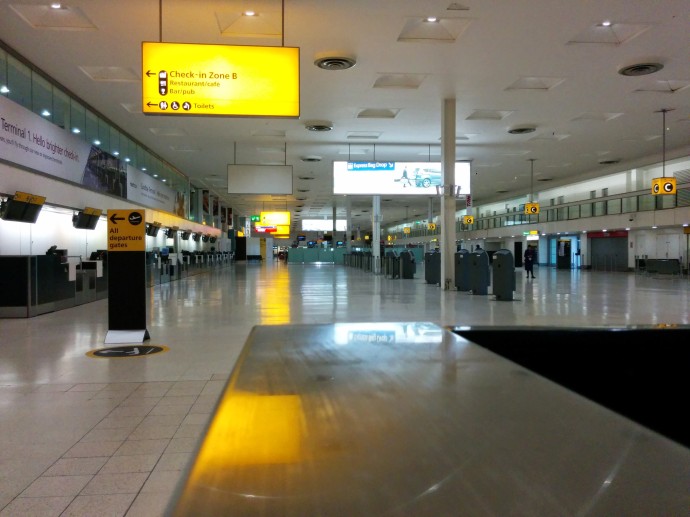 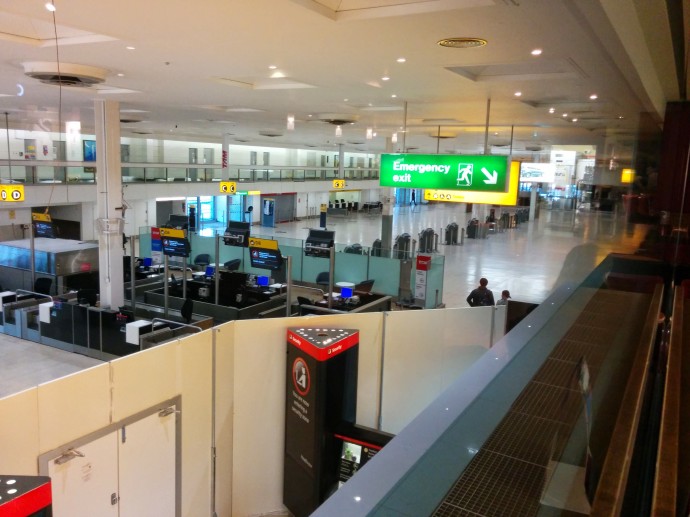 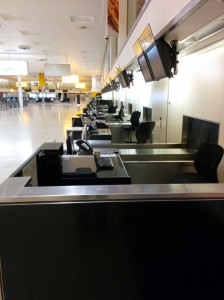 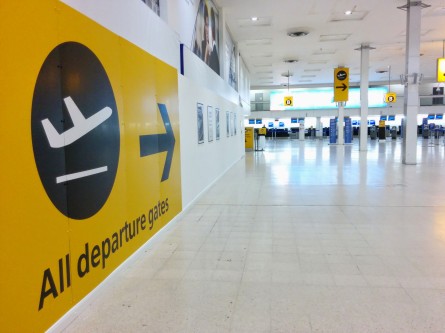 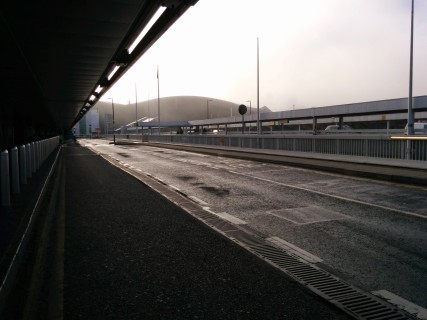 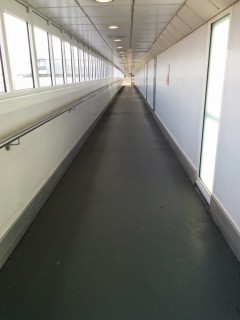 In my head, my memory, Heathrow at 08.00 is a thronging mass of commuting sleepyheads rushing hither and thither. No more dear reader. With the redevelopment of the other Terminals, T1 is now redundant and slated for closure and they’re building, building, building.

Ooooh, it’s as if they know they’re getting and extra runway….